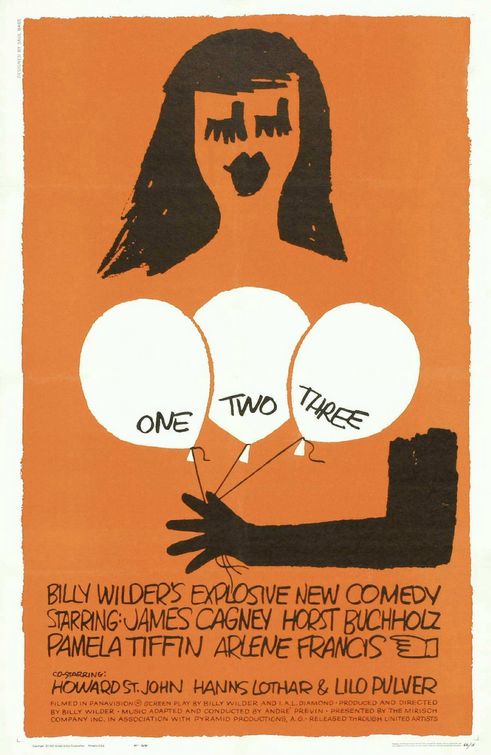 The next showing in the series of communist and post-communist cinema will be the hilarious awardwinning classic One, Two, Three directed by Billy Wilder based on a 1929 Hungarian one-act play by Ferenc Molnar.
The film, which is mainly set in West Berlin during the Cold War, stars James Cagney, Horst Buchholz, Pamela Tiffin and Arlene Francis. The plot features a senior executive of the Coca Cola Corporation in Germany who is assigned to look after his boss’s daughter while she is in Berlin only to discover that she has secretly married a young communist with passionate anticapitalist views.
Wilder, best known in Hungary for Some Like it Hot, was filming in Berlin the morning the Berlin Wall went up, forcing the crew of One, Two Three to move production to Munich.
The US film producer and writer Rob Long will introduce a discussion about the film’s themes and political premise.
Mr Long began his career writing and producing TV’s long-running Cheers, and served as co-executive producer in its final season. During his time on the series, Cheers received two Emmy Awards, and two Golden Globe awards. Mr Long has been twice nominated for an Emmy Award, and has received a Writers Guild of America award. He continues to work in film and television in Los Angeles. He is a contributing editor of National Review, and an opinion editor at the Los Angeles Times. He also writes regularly for the Wall Street Journal and the BBC Radio Times.
Date: Monday, 19th May 2014; Tea and light refreshments 6.30 pm, Screening: 7 pm
Venue: Átrium Film-Színház, 1024 Budapest, Margit krt. 55