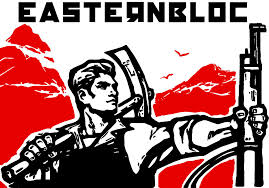 SCREEN MEMORIES
Depictions of State Socialism and 1989 in Screen Media

Screen media memories of the state socialist era have been produced across the countries of Eastern Europe since the first televised images on the fall of their regimes.  Subsequently, different national cultures started to produce fictional (cinematic, video or televisual) renditions on everyday life during socialism. Twenty-five years after 1989, national versions of motion picture memories on state socialism remain widely different, and are used and appropriated for different purposes. Screen Memories asks the question how screen media have contributed to the production of memories of socialism.

Screen Memories attempts to establish itself as both a popular and a scholarly forum, accessible for a wide range of interested audiences. Therefore, the first component of the event is a film festival (November 20-23.) organized by the Institute for Art Theory and Media Studies at Eötvös Loránd University in collaboration with various cultural institutes in Budapest (Goethe Institut, Polish Institute, Slovakian Institute, Bulgarian Cultural Center, Estonian Cultural Centre), which will showcase recent feature films and documentaries from the countries of the former Eastern Bloc about the state socialist era.

The second component of the event is an international scholarly conference (November 24-26.) following the film festival. Screen Memories, organized at the Institute for Art Theory and Media Studies at Eötvös Loránd University in Budapest, attempts to ask provocative questions about the ways in which wider cultural traditions have inflected the strategies visible in the production, distribution, exhibition of screen media memories, and their use by the wider population and/or political elites. We are interested in triggering an interdisciplinary conversation on the role of screen media in the creation of a postcommunist national identity.

The topics include, but are not limited to:

Scholars from all areas of screen media, cultural studies, history etc. are invited to submit conference proposals or panel proposals related to the thematic guidelines of the conference outlined above.

Panels will consist of 3-4 speakers with a maximum of 20 minutes speaking time each. All prospective presenters are asked to provide us with a title, an abstract of max. 150 words, 3-5 key bibliographical references, name of the presenter and short bio (max. 100 words).