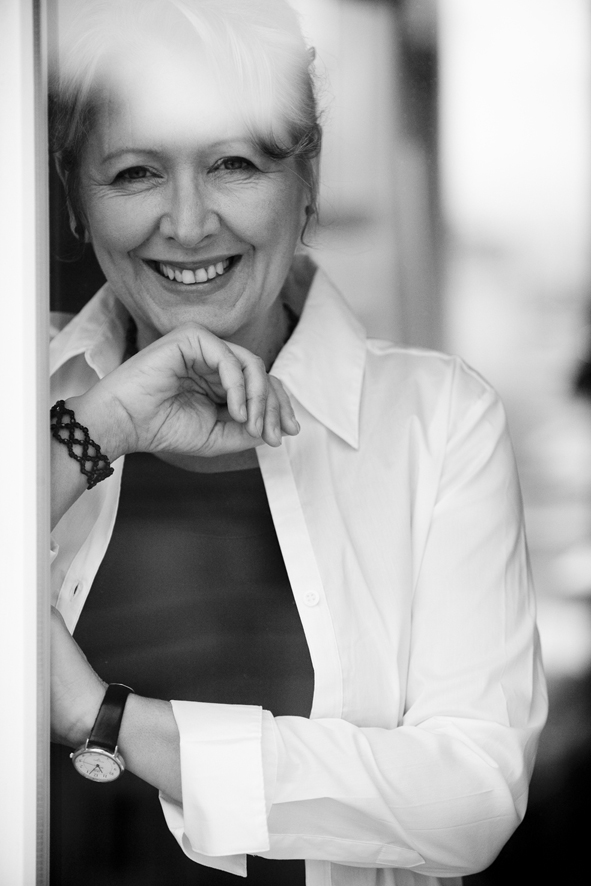 From September 22 to October 5, 2014, the DAFilms.com documentary portal presents the first world online retrospective of unique Czech director Helena Třeštíková under the telling title “A Long Journey”.  The works by the popular documentarist who has won a whole range of international awards, including Europe’s highest film award Prix Arte, are introduced on the portal in the form of more than 25 films made since the mid-1970s. Moreover, Czech viewers can vote for their favourite film by the filmmaker at www.dafilms.cz and win an invitation to an exclusive film meeting with Helena Třeštíková.

The Long Journey of Helena Třeštíková

For more than two decades, Helena Třeštíková has ranked among top world documentary filmmakers. Screenings at prestigious film festivals, lectures as well as the award for the best European documentary she received for her film René in 2008 have proved that Helena Třeštíková is an exceptionally talented and respected personality on the international documentary scene. The combination of her unique observational method, by means of which the director follows her protagonists for several years or even decades, and a sensitive personal approach with an interest in the individual life stories have made the works by Helena Třeštíková into a unique film chapter in the history of Czech and European documentary.

The online film retrospective presented by the DAFilms.com portal at www.dafilms.com in the period from Monday, September 22 to Sunday, October 5, 2014 completely for free offers the viewers the most representative selection of the filmmaker’s works up to now. “I am moved by the retrospective. When I found that the retrospective of Agnès Varda has been presented before me I blushed with pride. Agnès Varda was one of the key “icons“ of my youth. I hope that my films will be watched by viewers who would otherwise not come to the cinema and I am very much interested in their response,” the director says. It is for the first time ever that her earliest films from the 1970s and 1980s will appear online. They include her graduation film The Miracle (1975) depicting the pregnancy and birth of her close friend which has only been publicly screened as the introductory part of the documentary Private Universe (2011). The filmmaker herself labels the film as her “first, still unconscious observational documentary”. The other films from this period, Touch of Light (1979), Japanese Sunday (1981) and Out of Love (1988), represent primarily the period environment of art, theatre and visual arts. The early films by the director are only available in Czech.

The Focus Is Always on Man

Television documentaries, in which the director has developed a distinctive interest in the stories of people in critical and difficult life circumstances, are a significant part of the film retrospective as well. In the series Tell Me Something about Yourself, Helena Třeštíková first meets the young criminal René whom she later dedicated a feature-length documentary which has brought her a “European Oscar”; the Prix Arte. The most successful documentaries which have become festival hits and which, besides René (2008), also include Katka (2009) and Marcela (2006), represent the core of the film retrospective as well as the peak of the director’s film works. The films have English subtitles. The exclusive online presentation of the series Marriage Stories (1987) and Marriage Stories 20 Years Later (2005), in which the director follows married couples for 25 years since their wedding, also offers a unique film experience to international viewers. The selection further includes the director’s latest films Private Universe (2011), Life with Jester (2013) and Vojta Lavička: Up and Down (2013).

Viewers’ Vote for the Most Popular Film

On the occasion of the film retrospective, the DAFilms.com portal has decided to find out which of the films by Helena Třeštíková is most popular among viewers. In the course of the two weeks of the retrospective, Czech viewers can vote online and choose their favourite film which will be screened at the end of the film retrospective on Monday, October 6 at 8:45 pm at a special film evening in Světozor Cinema in the presence of Helena Třeštíková. Through voting, the viewers get a unique chance to win one of 40 free passes to the otherwise closed evening during which the director will be interviewed by Slovak documentarist Peter Kerekéš and reveal many aspects of her unique cinematic and personal approach to documentary film.

Those who are not lucky enough to attend the film evening with Helena Třeštíková and Peter Kerekéš can read an extensive interview with the director on the DAFilms.com portal.