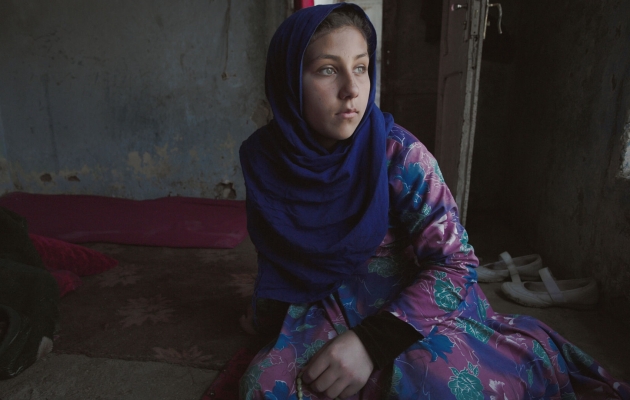 The Iranian New Wave and films about women from Muslim countries will be featured in the “Islam. The Near and Far East” section at the 13th edition of the Tofifest IFF. At a time of great crisis in the relationship between Western countries and Muslim countries, our festival strives to understand the Muslim world, by seeing it from the angle of its cinema.

Everyday we are flooded with news about more and more waves of Muslim refugees, or atrocities committed by ISIS (The Islamic State of Iraq and al-Sham). Such images have already been successful in eradicating the usual connotations people have, when thinking about Islamic countries. By introducing the “Islam. The Near and Far East” section at Tofifest, we will try to take a closer look at Muslim countries, through the perspective of their cinema and leaving behind all unnecessary emotions.

This section will be based on a wider retrospective comprised of two thematic reviews. The first of them is “The ABC of the Iranian New Wave” and features the most significant auteur film work in the history of Iranian cinema. The other review deals with the image of a modern Muslim woman, seen from two different perspectives: heroines in films and female film directors.

The Iranian New Wave has been conquering international film festivals for several years now, but its birth goes all the way back to the beginning of the 20th century. During the festival in Torun, we will have an opportunity to see key films belonging to this genre, which have made a significant impact on shaping Iranian cinema.

The first film of the review will be The Cow by Dariush Mehrjui (Gaav, 1969), which not only started the new wave but is also considered a turning point in the history of Iranian cinema. The film makes a reference to the poetic dramaturgy of the Italian Neorealism and it was banned by Mohammad Reza Shah Pahlavi, Shah of Iran. In 1971, the film was awarded the FIPRESCI award at the film festival in Venice, and the decision was revoked. What made the government so angry about the film was its drastic realism in depicting poverty in Iranian villages of the time, and the fact that the script for the film was based on stories published by Gholām-Hossein Sā’edi, who opposed the government. The painful reality and poverty of ordinary Iranians was also the subject of another film — Children of Heaven (Bacheha-Ye aseman, 1997) — made 30 years later, when Iran had already become an Islamic state. The film was nominated for Academy Awards and tells a story of poor residents living in the suburbs of the Capital City of Tehran — the film was directed by Majid Majidi.

The symbol of struggling for artistic independence in Iranian cinema is Jafar Panahi. He is considered to be one of the most important film directors in modern Iranian cinema, although his films are frequently banned by the government controlled by Islamic ayatollahs. Another Iranian film to be screened at Tofifest is The White Balloon (Badkonake sefid, 1995), which won the Camera d’Or Award in Cannes. It was directed by Jafar Panahi, under the patronage of the outstanding film director Abbas Kiarostami, who was also the author of script. As for Abbas Kiarostami himself, his work will be represented in the section by Taste of Cherry (Ta’m e guilass, 1997), which won the Palme d’Or Award in Cannes. The film aroused great interest among audiences and film critics around the world, although it was yet another film banned in Iran, as it commented on the issue of suicide, which is forbidden in Iran.

The other part of the section is comprised of films dedicated to portraying women in modern cinema of Muslim countries. The role of women in Islamic states is an issue that has stirred a lot of emotions, controversies, and protest, for quite some time now. Tofifest has been presenting films concerning the issues for nearly a decade. Back in 2006, we were first in this part of Europe to screen Submission — the film started the chain reaction leading to the assassination of the Dutch film director Theo van Gogh. In 2009, one of guests to the festival was Shirin Neshat, an Iranian artist of international renown, who presented in Torun her debut film Woman without man, which dealt with the situation of women in Islamic states. In 2010, the Golden Angel of Tofifest was awarded to Kuma by Umut Dag, which discussed the practice of taking “a second wife” by Muslim men and transferring this practice to Turkish families living in Austria (Umut Dag will be a member of the Jury at Tofifest 2015).

For the afore-mentioned reason, the second part of the review is comprised of the latest films presenting film heroines, female directors, and female artists. We will have a chance to see such films as Wadjda by Haifaa Al-Mansour (2012, produced by Germany and Saudi Arabia), which won 3 awards at the film festival in Venice, and It was better tomorrow (Ya Man Aach) — the victor of the Dubai International Film Festival (DIFF) — directed by Hinde Boujemaa. We will also have an opportunity to see three very promising films made in 2015: Mina walking by Yosef Baraki (Germany, 2015), and two films that won awards at this year’s edition of the Cannes IFF: Mustang by Deniz Gamze Ergüven and the winner of the Un Certain Regard Award – Nahid by Ida Panahandeh (Iran, 2015).

We will also try to find the answer to the question “The Near East or the Far East? Do we really need to fear Islam?”, during a debate that will accompany the film programme. Panellists will include film critics, Arabists, filmmakers, and people, who are against spreading Muslim culture in our country. The debate will take place on Wednesday, 21st October, at the Centre Cinema in the Centre Of Contemporary Art Znaki Czasu In Torun.

The Tofifest IFF 2015 will take place from 18th to 25th October, in Torun. More info on www.tofifest.pl.

The primary patrons of the festival are the City of Torun and Bella Sp. z o.o. The event is financed from the funds of the Kujawsko-Pomorskie Regional Government, the Polish Film Institute, the Ministry of Culture and National Heritage, and the Creative Europe programme.