While prestigious (and internationally recognised) academic education for film artists was available in the last 50 years in Hungary, no institutional way of studying theory and history of cinema existed until the early 90s.
The necessity to establish academic film departments became obvious with the nationwide urge to reform the secondary school curriculum of art and social sciences in Hungary by introducing the new subjects of Cinema and Communication. The Institute for Art Theory and Media Studies at ELTE was one of the first higher education institutions in Hungary to offer a program and a degree in Film Studies – training film- and communication teachers, film-critics, experts, and distribution and exhibition executives. In 1994, the non-degree cinema studies program was launched as a set of special courses tailored for students interested in cinema complementing their professional knowledge in other fields. A few years later, the independent cinema studies curriculum was born, and the former complementary program was reorganized at departmental level as part of the of the Institute for Art Theory and Media Studies, the very first scientific workshop of aesthetics in Budapest, which had been founded originally by George Lukacs, the most remarkable 20th Century Hungarian philosopher and his disciples.
At the present our department offers three degree programs (one undergraduate and two postgraduate) in Film Studies: BA in Liberal Arts with optional specialization in Film Theory and Film History, an MA in Film Studies, and a PhD program in Film, Media and Contemporary Culture. 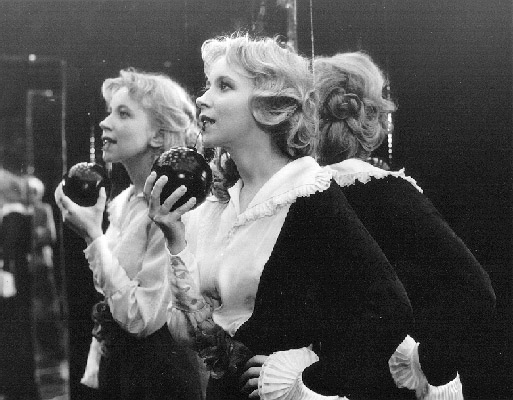 The Film Theory and Film History specialization offers a general overview on the history and theory of film, as well as a critical understanding of the mechanisms and genres of popular film culture, with an emphasis on academic and critical writing and filmmaking practices. Students can learn about the different periods of Hungarian and world film history, different theoretical approaches of film studies and filmic genres, and can develop their skills of reading theoretical texts and interpreting films. Our department offers a wide variety of specialized elective courses (e.g. different film genres, adaptation theory, Bollywood cinema, contemporary Hungarian film, etc.) The MA program helps students to deepen their fundamental knowledge gained in the course of the BA Program. During consultations we help them to develop their research interests, and support their work in the chosen area. Through this method we hope to train committed specialists, who will be capable of continuously improving their knowledge.
As the BA curriculum traditionally involves creative workshops from script doctoring to general filmmaking courses, the Department regularly invites some noteworthy Hungarian filmmakers – scriptwriters, directors, and directors of photography – as guest tutors and lecturers. This workshop-activity completes the theoretical training with movie-making and scriptwriting courses, giving a chance for the students to make films of their own. The Department’s limited filmmaking facilities (computer lab, digital television and radio studio, editing room) are used both for teaching and experimenting.