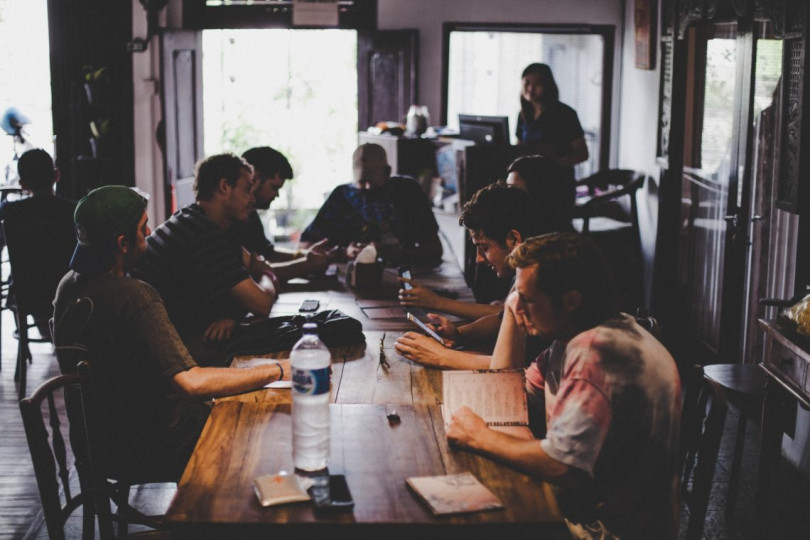 The 18th VERZIÓ Human Rights Documentary Film Festival showcases 64 films from 35 countries, in cinemas on 9–14 November, and online, 15–21 November. These documentaries bring us closer to current human rights issues, such as humans’ impact on the environment, ways to overcome physical-emotional trauma, young people striving for a better future, and stories from journalists, teenagers and activists who are challenging power and rigid systems.

The competing films will be evaluated by the International and Student Jury, as well as by audiences, with winners announced at the festival’s closing ceremony on 13 November. The festival will close with the film 100UP, in which centenarians share their experiences, stories and joie de vivre to help us unravel the secret to a long life. The program offers an extremely diverse selection of topics that show us different aspects and layers of reality. The various thematic sections and competition program will help audiences navigate through the selection of films.

In the International Competition, award-winning and creative documentaries from all over the world, many of which will have their Hungarian premier at the festival, demonstrate human rights and social topics of great importance. Arica takes place in a Chilean port bearing the same name, and shows the severe long-term consequences of illegally-disposed hazardous waste. This Rain Will Never Stop is a journey through compelling imagery of the eternal flow of life and death — from civil war in Syria to Ukrainian armed conflict. In Wandering, a Rohingya Story, a young Rohingya man accompanies us amidst the dreams and nightmares of his fellow citizens.

In the Hungarian Competition, Divas, the festival’s opening film, My Digital Nomad, Kata Oláh’s latest documentary, and Sabbath in Shadow, by Zsuzsa Shiri and Balázs Wizner, will all have their Hungarian premiers. The other, previously-premiered documentaries in this section are: Colours of Tobi, Her Mothers, Tales from the Prison Cell, I Still Remember, The Game of Nerves and The Two of Us. In the Student & Debut Film Competition, twelve films have been selected to represent the best in student and debut films: human rights stories through the eyes of young people from India to Moldova.

This year’s festival focuses on fearless speech, framed by the Parrhesia: The Moment of Truth section. Courage tells the story of the mass protests in Belarus, while in Hey! Teachers! teachers and students lead discussions about human rights and social issues within the conservative Russian education system. The award-winning American film, Not Going Quietly, in which a young man recently diagnosed with multiple sclerosis fights tooth and nail for healthcare justice, is also among the selected documentaries, as well as Our Memory Belongs to Us, wherein three Syrian activists confronted with their own footage of the Syrian revolution look back at the events of the past ten years. Writing with Fire puts the spotlight on journalists at India’s only newspaper run by Dalit women, who cover politics and corruption on the frontline.

The Dive into the Mind section draws our attention to physical and mental health. In The First Woman we get to know Eva, who has been given the chance to live an independent life after spending years in a psychiatric institution. He’s My Brother explores the complex relationship between Christine and her deaf, blind and autistic brother. The Chilean Night Shot is the story of how the director processes the sexual violence she experienced as a child.

The Anthropocene section presents brand new documentaries about humans’ impact on the environment, out of which Taming the Garden brings the audience to Georgia, where locals have mixed feelings about centuries-old trees being uprooted and transported to an oligarch’s private garden. How to Kill a Cloud reveals the costs of creating rain in the desert. The Gig is Up illustrates how gig economy workers pay the price for flexible working hours and find themselves in vulnerable positions.

The Viewfinder section presents five award-winning documentaries, all of which are premiering in Hungary. These films speak to the power of image, the capacity of a storyteller and the camera’s impact on people’s lives. Into My Life is a rare archive of a Puerto Rican mother-daughter filmmaking duo that captures the unsung lives of black families in Brooklyn, in the 1960’s and 70’s. In Radiograph of a Family, a love story is tangled up in Iran’s social and political turmoil.

The full program is available HERE.

Complying with all pandemic restrictions and recommendations, this year’s film festival will return to cinemas; the festival program will be available in three cinemas in Budapest, and in cooperation with Open Spaces, in cinemas in Debrecen, Szombathely, Pécs, Szeged and Kecskemét. Owing to Verzió’s experience and success online last year, the program — including films, recorded discussions and round table programs — will be online the week of 15–21 November. Tickets and festival passes will be on sale from 28 October, for both offline and online screenings. Click HERE for more information.