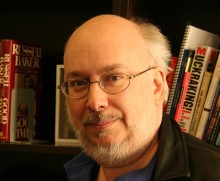 Of all of the changes in the new media environment over the past two decades, perhaps the biggest has been a shift in how media content circulates — away from top-down corporate controlled distribution and into a still emerging hybrid system where everyday people play an increasingly central role in how media spreads. Cultural Studies has historically been centered around issues of production and reception and has had much less to say about circulation. What issues emerge when we put the process of grassroots (often unauthorized) circulation at the center of our focus? How does it change our accounts of the relationships between mass media and participatory culture? How might it shake up existing models of viral media and web 2.0? This far-reaching talk, based on a forthcoming book which

Henry Jenkins has authored with Sam Ford and Joshua Green, offers snapshots of a culture-in-process, a media ecology which is still taking shape, suggesting what it means not only for the futures of entertainment but also of civic life. Henry Jenkins is Provost’s Professor of Communication, Journalism, Cinematic Arts, and Education at the University of Southern California. He is co-author, with Sam Ford and Joshua Green, of the 2013 book Spreadable Media: Creating Value and Meaning in a Networked Culture. He is also author of many other books, including Convergence Culture (2006) and Fans, Bloggers, and Gamers (2006). From 1993-2009, he was the MIT Peter de Florez Professor of Humanities and co-directed MIT’s Comparative Media Studies graduate degree program. Since coming to USC, Jenkins has formed the Participatory Culture and Learning Lab which includes Project New Media Literacies and Media Activism and Participatory Politics.